At the recently concluded UN Climate Change Conference COP27, Prime Minister Philip Davis of the Bahamas rolled out a hugely ambitious plan to leaders from across the world: building the world’s first carbon-negative housing community in his country. Davis announced that the initiative would be made possible by the government’s official partner, Partanna, a Cherubic portfolio startup that has developed a revolutionary carbon-negative building material of the same name.

Carbon-absorbing building materials are not a new development. But what sets Partanna apart is that it can also indirectly solve environmental issues, form a circular economy, enable an entirely carbon-negative materials production process, and generate tradable carbon credits. All of this can be traced back to the startup’s willingness to think backwards and challenge the status quo.

Partanna is based in the Bahamas, which is the home of the company’s co-founder and former NBA champ, Rick Fox. When Hurricane Dorian hit the coast of the Bahamas in 2019, leaving 30,000 people homeless, Fox saw the imminent impacts of climate change on his home country and that there was no time to wait for a long-term solution.

In a water-locked nation like the Bahamas, accelerated weathering due to high salinity is a major challenge for building materials. Rick teamed up with co-founder and architect Sam Marshall to think about the problem in reverse, asking “Is it possible that the effects of saline could also carry benefits?” This flipped perspective led them to discover that building materials made with brine as one of the main components not only become stronger in salt water, but can also effectively absorb carbon emissions.

Brine happens to be a major waste product of the desalination plants responsible for water production in the Bahamas. If not taken care of properly, brine can cause serious pollution. But if recycled, it can solve a big ongoing problem. Voila: Partanna was born!

As of today, Partanna has already been certified by the world’s leading environmental standards organization, Verra, as a carbon-reducing material. And just recently the Partanna team announced that they had won the tender to support Saudi Arabia’s tourist megaproject The Red Sea, which comprises an area equivalent in size to Belgium.

Only by trying out different paths can you find undiscovered landscapes. Reverse thinking can yield unexpected and incredible results. 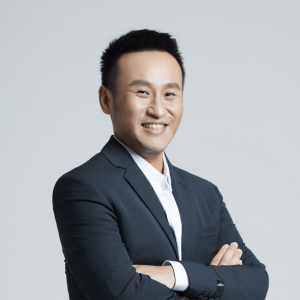