The challenges facing blockchain gaming, and how to resolve them

When Axie Infinity blew up in the summer of 2021, it brought “play to earn” blockchain gaming into the public eye, and not long after, revealed the darker side of the concept.

The concept of “play to earn” has attracted many investment-oriented players, making the price of related games’ NFTs skyrocket, and going viral globally. However, with crypto entering a bear market, some impacts have followed at the same time. For those blockchain games with high speculation but low playability, some related cryptocurrency has collapsed and even faced customer churn.

Despite these issues, I believe that if blockchain gaming can emphasize its advantages and fix its deficiencies, there’s a lot to look forward to from this concept.

The key difference between blockchain and traditional gaming is that the former allows digital assets to be saved on the blockchain in the form of NFTs (Non-Fungible Token), providing gamers with full ownership of their in-game characters or items along with the ability to use said characters and items across different games. Under this concept, gamers could use their custom gun from FPS A in FPS B, or change their virtual avatar in Axie Infinity into their pet in MapleStory, or Mario Kart.

Another unique aspect of blockchain gaming is its open-source fundamentals, which compels gaming companies to be far more transparent with their internal data. Besides having access to analytics like character prices and popularity along with anticipated fluctuations in item pricing, players can create their own analytics dashboards and ways of playing. More importantly, players can finally do away with fears of being manipulated by the gaming company.

Where blockchain gaming can be improved

However, blockchain gamings’ play-to-earn structure is still a point of criticism for how it encourages players to behave more like investors and to only participate in games with the highest earning opportunities. This kind of system hampers both player retention and long-term game development. I believe there are several ways to resolve these issues.

The first approach would be to focus less on battle games and more on mission-based, story-focused experiences to create a stronger gamer culture and identity along with deeper emotional connections to the game. Story-based games are also better equipped to control the rate at which assets enter the game and are consumed as well as to avoid inflation.

Secondly, blockchain games can enhance the social aspect of the experience via the overall game aesthetic and by building in more team gaming functionality. In terms of item design, developers need to put more emphasis on playability and understanding the gamers’ personal values, encouraging emotion-based purchases and getting rid of the “investor” taste.

Lastly, though most blockchain gaming is currently website-based, 90% of gamers play on mobile, according to a Newzoo report. Therefore, how to adapt the blockchain gaming experience to mobile is one of the biggest challenges facing development teams.

Cooperation between gaming companies and startups will be key

Accomplishing the above will require the integration of different kinds of resources and talents – thankfully, top gaming companies like Ubisoft, Nexon, and Krafton have already caught on to the trend. Krafton, for one, recently announced its cooperation with blockchain startup Solana Labs to develop blockchain games, and I’m confident that companies like this with rich development experience and well-known properties will provide a better gaming experience that’s sure to attract hardcore gamers.

The market value of blockchain games currently accounts for less than 10% of the worldwide gaming industry. However, with developers always working on new offerings, more crypto funds being invested in gaming studios, and the infrastructure constantly evolving, I’m highly optimistic about what’s to be seen from blockchain gaming. 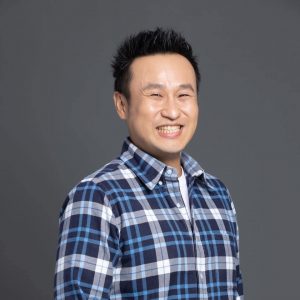 Aim for the achievable goals, not moonshots

Are you busy or productive?