Historic Ethereum upgrades are coming: which impacts should we watch for?

It was several years ago that the public first heard about THE MERGE upgrades planned for Ethereum. Now, here we are in 2022, and Vitalik Buterin has finally confirmed that the major cryptocurrency update is happening and will merge the current Ethereum Mainnet with the Beacon Chain. This event will mark the shift from PoW (Proof-of-work) as the consensus mechanism for Ethereum to a PoS (Proof-of-stake) network, which will be more secure, more efficient for transactions, and less energy-consuming.

Needless to say, the upgrade is poised to bring huge change throughout the Ethereum ecosystem, and with the event just around the corner, it is crucial to seize every insight we can glean from this historic moment. Here, I will provide a brief overview of the impact THE MERGE is expected to bring to the industry from an economic, technological, and user experience perspective.

What are the upgrades?

First, it’s important to understand just which areas THE MERGE will cover. Buterin has described the change in terms of five upgrades: THE MERGE, SURGE, VERGE, PURGE, and SPLURGE:

The expected impact of the five upgrades

The most significant impact that THE MERGE will have on the Ethereum economy will be a 95% drop in the daily issuance of the cryptocurrency and a lowering of its annual inflation rate from 4.3% to 0.22%, according to Ethereum researcher Vivek Raman.

Another anticipated effect of THE MERGE relates to the Maximal Extractable Value (MEV) of crypto production. Cryptocurrency miners set a fee called gas for the computational power they need to use, and MEV is the maximum value that can be extracted from mining in excess of those fees. According to a report from Delphi Digital, following THE MERGE, the MEV will not go to miners but validators.

In an analysis presented by Alex Obadia, a researcher for Flashbots, with the addition of MEV income, the earning for Ethereum 2.0 validators is estimated to rise by 70.9%, which equals 1.93 ETH per year. Based on the assumption that the validators are able to acquire more value from the MEV, we can expect that more investors will be willing to stake their Ether as validators, which may cause the supply of the cryptocurrency to further decline.

The previously mentioned Verkle tree represents a significant technological improvement for Ethereum. However, from my perspective, the most exciting technology changes of THE MERGE will be the development of rollups along with sharding.

A rollup is a scaling solution designed to “roll up” several Ethereum transactions into one on the blockchain. THE MERGE upgrades will include new protocol rollups and large NFT purchasing. (For a good example of rollup implementation, take a look at dYdX, a decentralized exchange built on the Ethereum network.)

Another technology update we are excited about is sharding, or the SURGE upgrade, which will boost Ethereum’s TPS (transactions per second) to 100,000, according to Ethereum.org. This will make Ethereum much more scalable. For context, the TPS for Mastercard and Solana are 5,000 and 3,000, respectively.

Though the gas fee will not decline immediately after THE MERGE, it may significantly fall when all upgrade steps are finished, sharding in particular. However, this group will be more focused on a smoother customer experience and overall stability.

It’s important to note that Ethereum is generally viewed as more of a tech vendor for the web3 industry than a consumer offering, with other chains such as Solana (physical stores and phone products) and Polygon (collaborating with Disney, Instagram, etc.) focusing on massive adoption and therefore offering more customer-oriented, web2-like user experiences.

The future of Ethereum

Overall, I still view Ethereum as without a doubt the strongest public chain, a title it should hold for some time. However, while the updates of THE MERGE might shrink the market shares of other chains, they still hold an advantage in the dynamic crypto market.

Therefore, the onus is on Ethereum to evolve beyond just being the benchmark for innovation and technological development in the industry to carving out its market segment the same way other consumer technologies do. 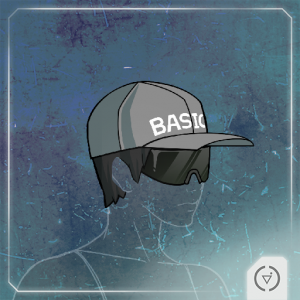 Ian Lin, Gen-Z analyst with a banking and financial background, and two years experience in the crypto industry specializing in DeFi, NFTFi, Data Business, and infrastructure. He participated in crypto-startups as a core team, advisor, and part-time consultant which makes him able to deliver degen insights with the latest trend under this column.

The benefits of open data are blowing over into healthcare

People Pulse: How to Identify High and Low Performers

Why Cherubic is headquartered in Taipei